Bhubaneswar-Konark-Puri, together they form a triangle, Odisha’s Golden Triangle. Having visited the temples in Bhubaneswar and the Sun Temple at Konark, we were headed to the last point on the triangle – Puri, one of India’s largest, ancient and most popular temples.

Beach fun in the hot sun !

Before starting to Puri, we wanted to check out the Chandrabhaga Beach, hardly 3 kms from Konark. The beach gets its name from the Chandrabhaga Beach which emptied into the sea here in ancient times. In fact, the Konark temple is believed to have been built near the forest area where the river met the sea. Today, the river has dried up and the name is all that remains.

We went to the beach under the 2 PM hot sun, our cab driver must have thought we were crazy to walk into the beach at mid-day ! It was October and thankfully, though the sun was scorching and it was humid, it wasn’t unbearable. The Chandrabhaga Beach seems to be one of the less frequented beaches, it was quite clean and there were no other visitors, we had the beach entirely for us ! 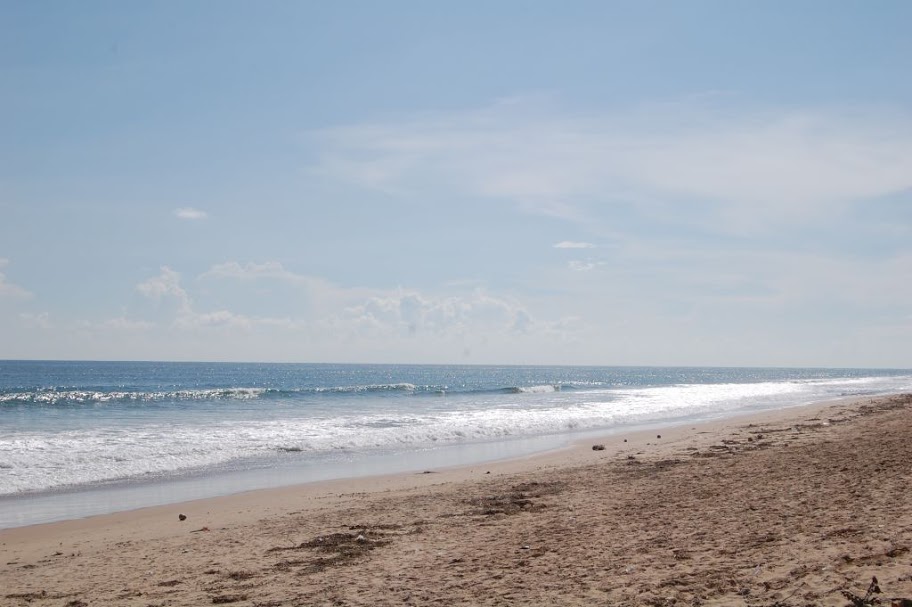 The sea water gleamed a bright blue under the clear blue sky !

When the waves rose, it turned a shade of greenish-blue or is it aqua blue? 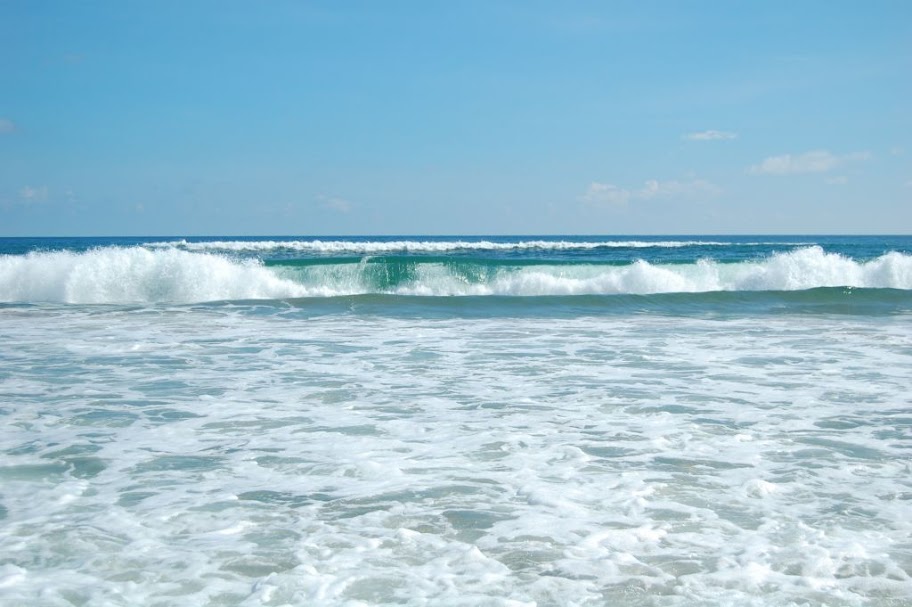 We walked along the shore with the cool sea water splashing around. There is a small fishermen settlement here and the kids were out playing in the sun.

A little further ahead, we found a small stream flowing into the sea. 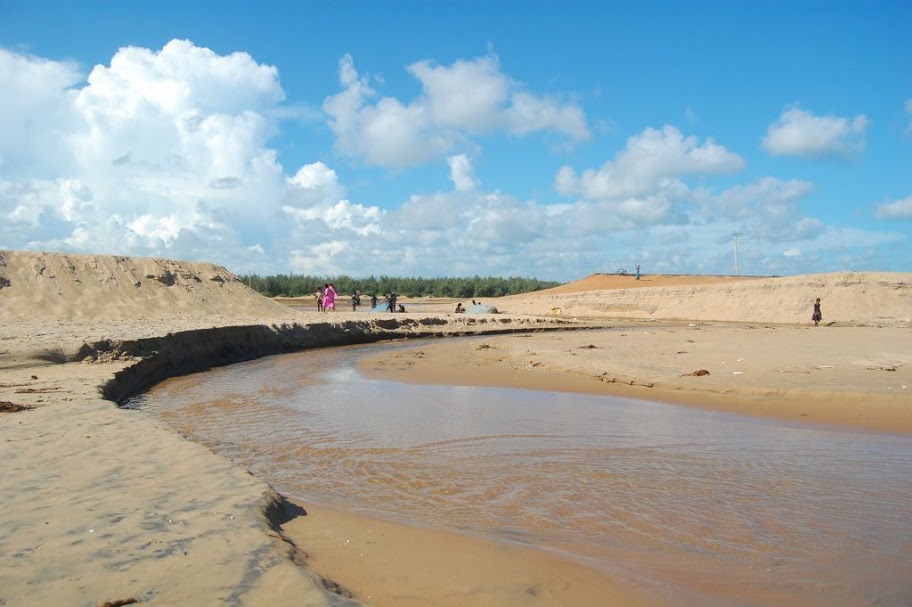 For a moment, we thought we found the Chandrabhaga River ! We wanted to sprinkle the water on ourselves, holy river water, you see ! The water was warm compared to the sea water and then we wondered if it was really the river or just some sewage water being released into the sea ! Either way, we decided to leave the stream alone and walked further.

As we neared the fishing settlement, some kids came running to us asking to buy their little fish, they were happy when we clicked their pictures. We also spotted some fishermen rowing out into the sea, probably for their evening catch.

There was another group that seemed to have just returned and were sorting out the fish to be sent to the markets. Somebody caught a big fish !

We watched fascinated at the fish, for the fishermen, it was their daily grind.

As we looked towards the sea, it was blue all over, dotted with a few shades of brown. If there is one colour that is soothing to the eye, it has to be blue !

Having lived in Chennai for 2 decades, beaches are not new for us but the Chandrabhaga Beach is by far the most pristine beach we have seen so far. Beaches are fun whether it is at sunrise, mid-day or sunset and more so a beach located close to a temple dedicated to the sun and when a beach is as blue as this, it is sure to blow you away !