Pancharama Kshetra No.2 on our list was Kumararamam, also called Kumararama Bheemeswaraswamy Temple. The temple is located at Samarlakota or as it is officially called Samalkot. But, before that we had more an important thing to do – lunch.

While at Draksharamam, we were told that the temple at Kumararamam closed for the morning session by 12 noon and so we decided to head for lunch all the way to the famous Subbayya Hotel, 30 kms away at Kakinada.

The drive to Kakinada took us further into the rice rich belt of Andhra, the greenery is always a sight to behold !

This was our first visit to this famous hotel and the Andhra meal was simply the best we ever had. It was a sultry, hot afternoon and after an enormous meal, the drive to Samarlakota on a dusty double road, in an old, creaky Ambassador was like travelling in the 1980s !

Samalkot is a small town, 12 kms from Kakinada but it is a prominent railway junction on the Chennai-Howrah route.

If you are travelling to Samalkot by train, you will be surprised to find a very ancient temple close to the railway station, you can even see it from your window. That is the Pancharama temple at Samalkot, called the Chalukya Kumararama Bheemeswaraswamy temple or Kumararamam in short. The temple is located in the middle of coconut trees and fields and looks so quiet and lost, you cannot believe that this is an important pilgrim centre.

The temple was built around the 10th Century by the Eastern Chalukyan king Bhima and hence the name Bheemeswaraswamy. The name Kumararamam comes from the belief that the Shiva Linga was installed by Kumara Swamy or Lord Subramanya.

It was 12.45 PM, when we reached the temple and it was obviously closed for darshan. The entrance gate was open though, so we went to explore the temple.

We could only take a walk around the Prakara (enclosures) but we could make out that the Kumararama temple is almost a replica of the temple at Draksharamam. It has the same fort like walls, 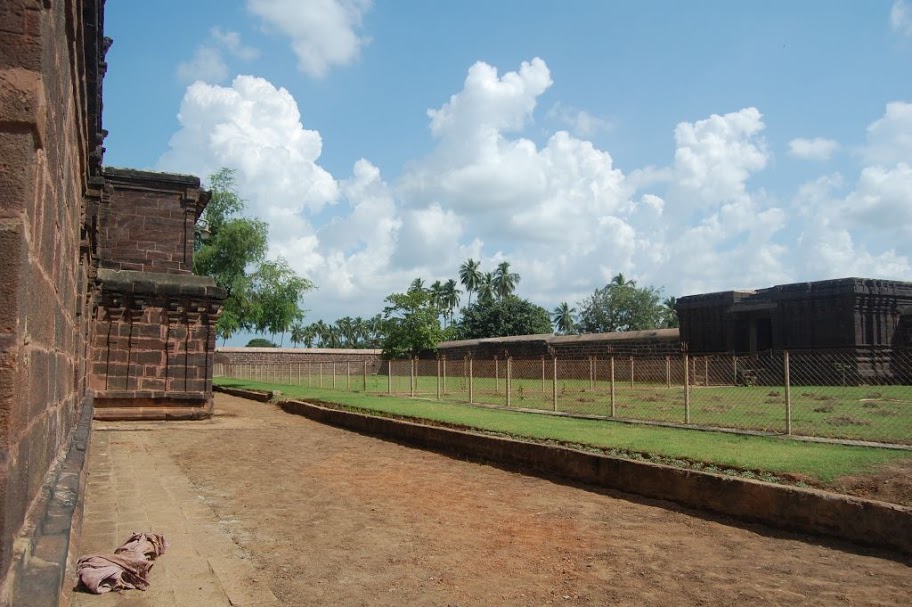 We read on the internet and saw pictures about the striking similarities between both the temples. The Shiva Linga here too is about 14 feet high and the main shrine is two storied. If you place pictures of both the temples together, you wouldn’t be able to tell the difference.

This temple, however, is not in as great condition as the Draksharamam temple. The temple tower is gone and only the base remains. 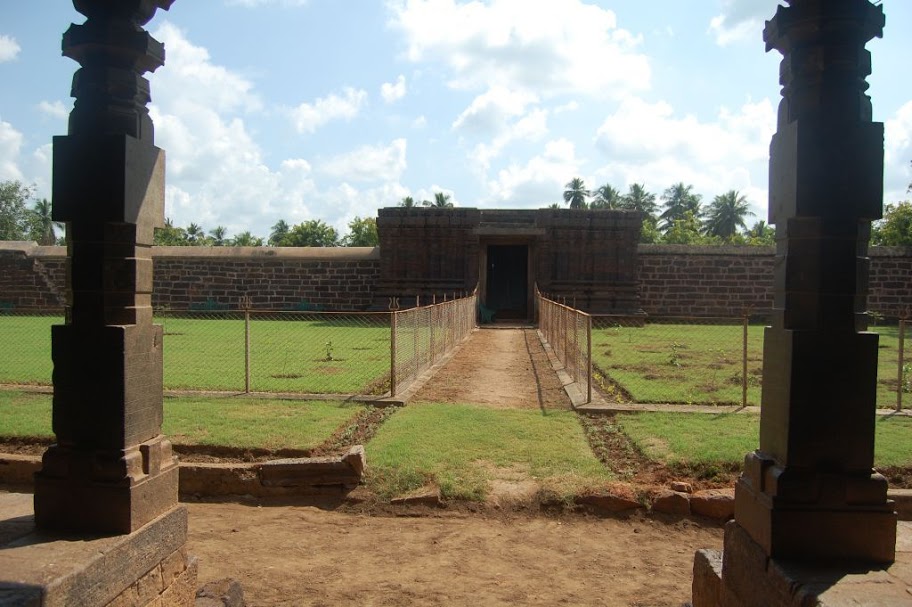 This shrine was numbered and marked for restoration works.

Most part of the outer walls have been rebuilt.

We walked around the temple and then had to run back to the car because the ground was red hot and we almost had burns on our feet ! All this in late October when it is supposed to be close to winter, tell this to the locals, they will ask you back “what winter?” These areas are always hot and sultry.

We did not get a chance to have a darshan of the Deity or go inside the temple but we drove back to Rajahmundry with the pleasant feeling of having been in the presence of history for a short, yet satisfying time.

Kumararamam is 1 km from Samalkot railway station. Almost all trains from Chennai to Howrah and every bus from Rajahmundry to Kakinada and beyond stop at Samalkot.

APSRTC has package tours that take you to all 5 Pancharama temples in one day, if you have your own vehicle or hire a cab, you could do this on your own too. We would suggest taking two days time because, when you travel, it should not be just to cover the places but to explore them as much as you can.

The month of Karthika and Siva Ratri is when the temple is at its crowded best. The rest of the time, it is almost empty which means silence and peace.

Do not, we repeat, do not miss having lunch/dinner at Subbayya Hotel at Kakinada !