Alampur – II – Sangameshwara Temple – The Lord of the confluence

Every time we read about Alampur, we would get a feeling that the place held something “special” though most websites only talked about the Navabrahma Temples. We found that special something – the Sangameshwara Temple, a short distance from the Papanasi group of temples. You can see this temple on the way to the Papanasi temples.

The story of the temple

The Sangameshwara Temple built during the Chalukya reign somewhere between the 6th and 7th Centuries A.D (information on the internet says it was built during the reign of Pulakesin I but there is no proper information on this at Alampur) once stood at the point of “Sangam” (confluence) of the Krishna and the Thungabhadra rivers, 16 kms from modern day Alampur and so Lord Shiva here gets the name Sangameshwara, the Lord of the Confluence ! What an interesting idea to build a temple to mark the spot of confluence of two mighty rivers, probably the lifelines of the Chalukyan economy !

When the Srisailam Dam was being built in the 1970s, this temple ran the risk of submerging under water and so ASI dismantled the temple and rebuilt it brick by brick at its current location. The temple as it stands today, grand and marvelous as ever ! 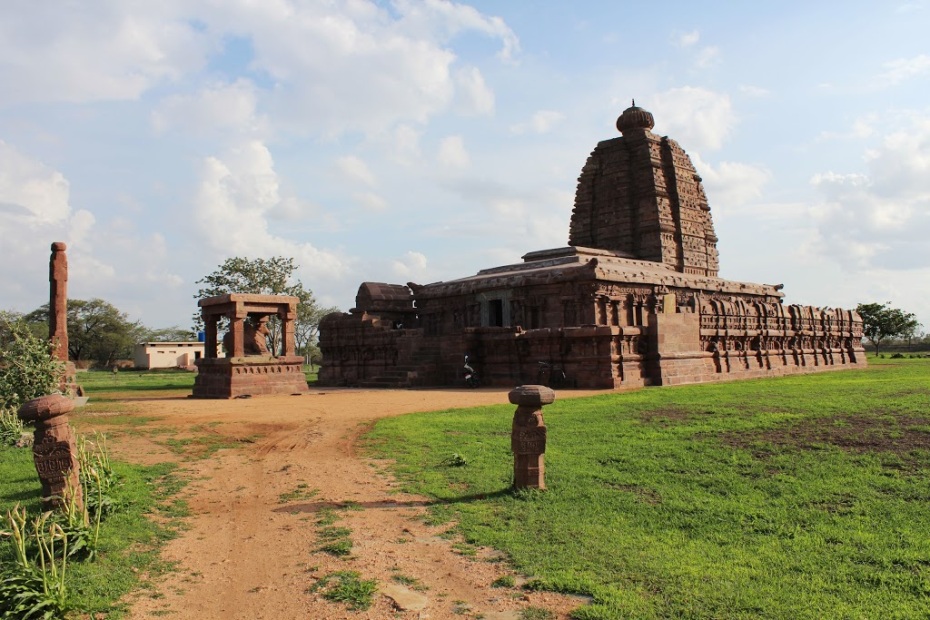 As you enter the temple, you feel like you are suddenly in Pattadakal, the temple building style, the sculpture, designs – the Chalukyan stamp is clear and strong !

The Sangameshwara Temple is by far the best Chalukyan temple we have seen so far, it could outshine even the temples at Pattadakal.

The lattice designs on the temple walls, here too no two designs are the same. 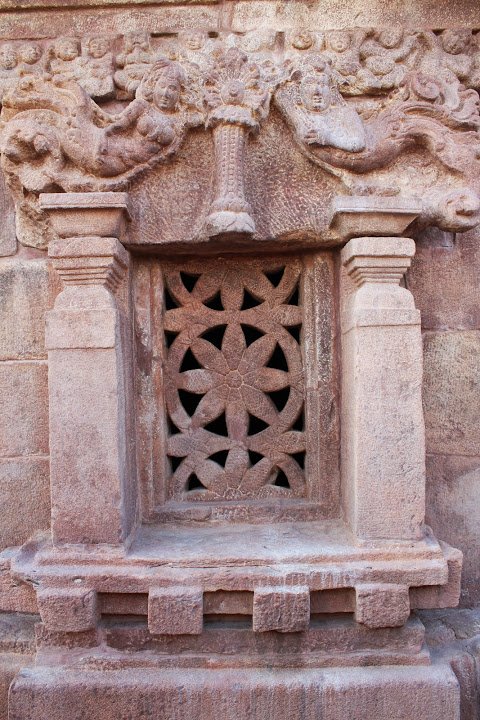 How did these builders manage such consistency? Did they bring the same sculptors? Amazing isn’t it, wish we could time travel and see it for ourselves. We remember seeing similar sculptures at Badami caves.

Did they have some standards that everybody was expected to follow, something on the lines of an ISO standard for temple building?

The walls tell a story

If the outer walls of the temple leave you mesmerized, when you step inisde the dark interiors of the sanctum sanctorum with sunlight streaming in through the lattice, a mystical aura seems to surround you. 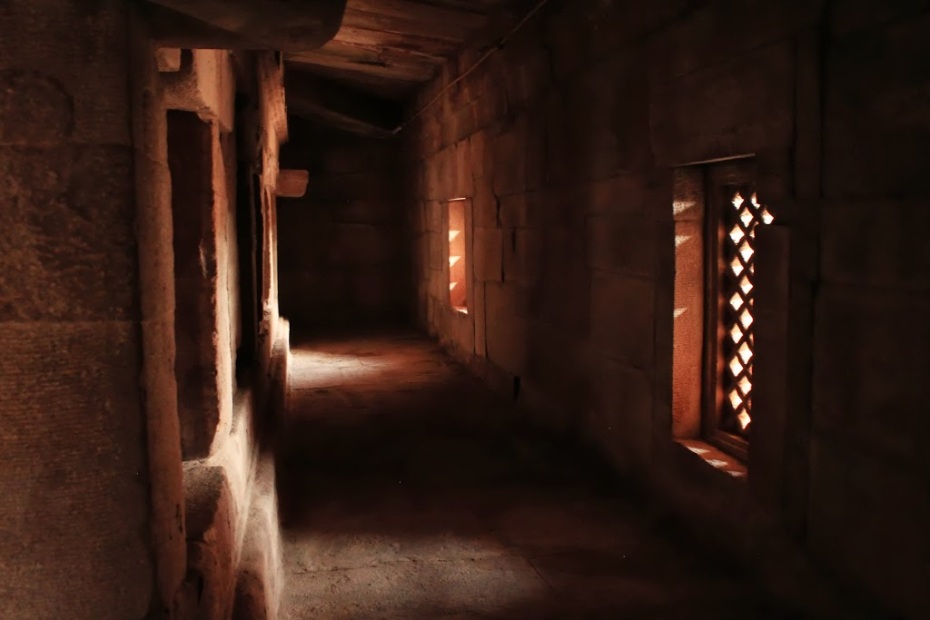 He showed us the ASI numbering and markings on the walls.

Look at these pillars !

If building such temples 1300 years ago was unbelievable, dismantling them and faithfully rebuilding them while keeping their magnificence intact is quite a daunting task and ASI did a great job !

One can never get tired of visiting these temples, so it was with difficulty that we dragged ourselves out of the temple, not before turning back again and again and capturing it with our eyes and lens. Every time, we looked back, it felt like we were looking at it for the first time ! 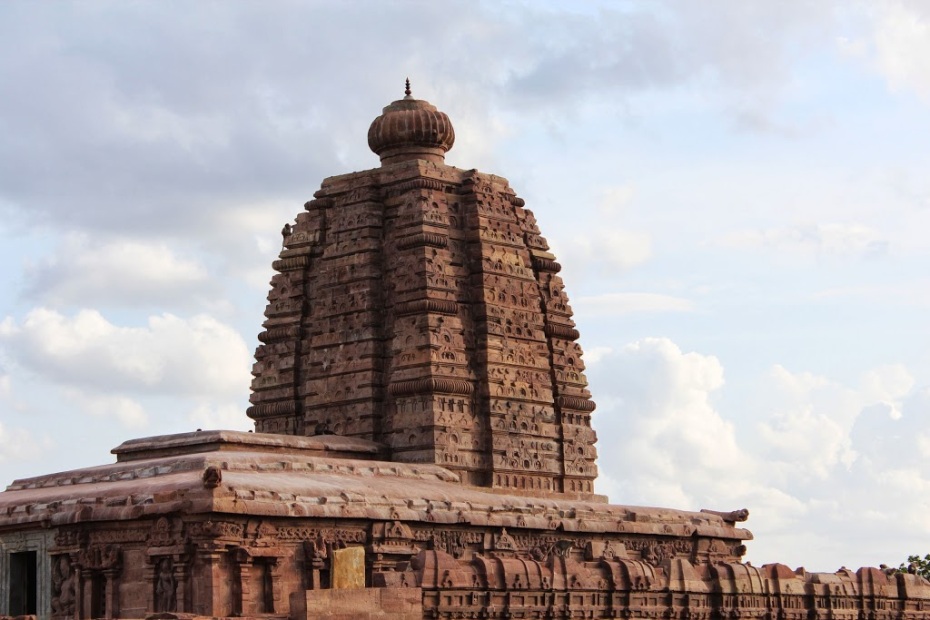 With that lasting impression, we proceeded to the Navabrahma temple complex.