When your hometown is your holiday spot !

One of the significant features of a working professional’s life is your vacation getting messed up because your team mate decided to take a vacation on the same dates as yours ! If you are lucky, you would know about the mess up in advance, the worst case scenario being you get to know about it just a few days before when your vacation has been fully planned !

October 2016, when we were all set for a 4 day vacation during the Dussera weekend, a colleague burst our bubble by mixing up his vacation with ours, thankfully, we got the heads up before hand and we advanced ours to 1st and 2nd October and headed home to Nellore.

Kanigiri Reservoir – A trip down the narrow memory lane

Not wanting to break the tradition of visiting a new place on our wedding anniversary, we decided we had to go somewhere, even if the place was only 6 kms from home. One lazy afternoon, we visited Kanigiri Reservoir. 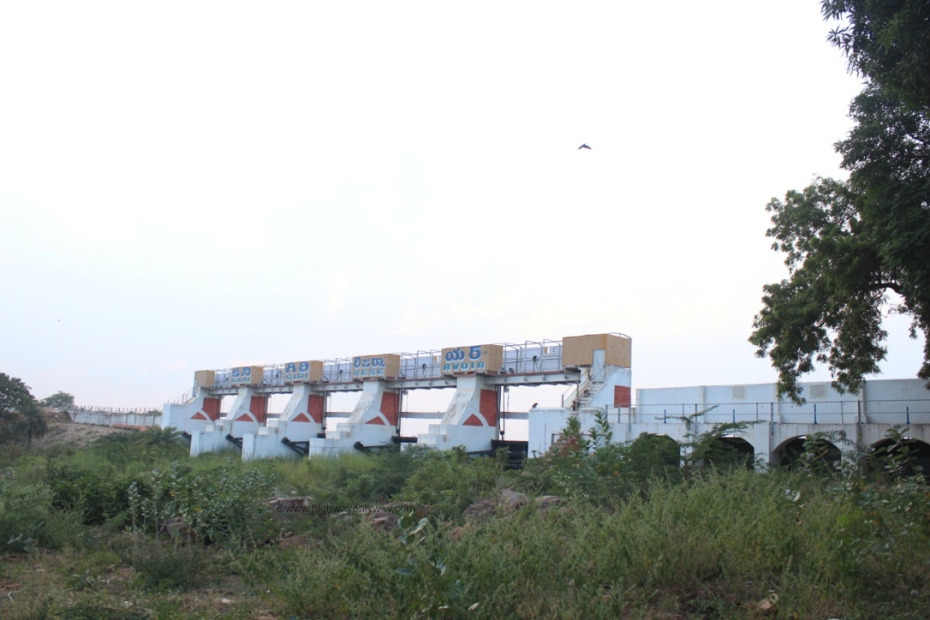 This was a picnic spot for us as kids and we last visited this place a decade ago. We seemed to have forgotten how the place looked as we tried recalling familiar sites. 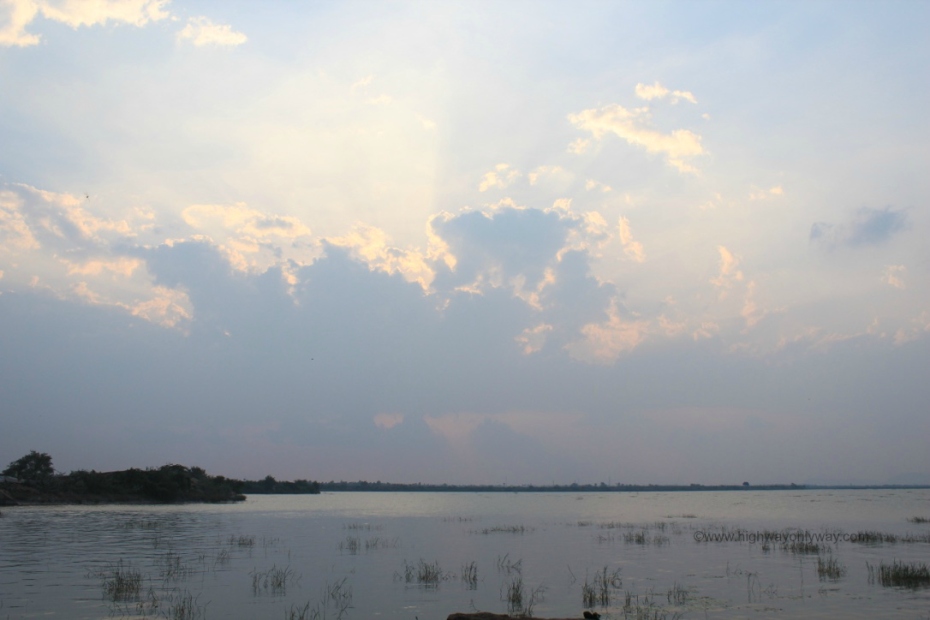 The Kanigiri Reservoir is the primary agriculture irrigation source for several villages in Nellore District including ours. In a way, this is our life line.

Kanigiri is about 20 kms from Nellore and a nice place to spend an evening for people in Nellore. The sunset views are pretty. 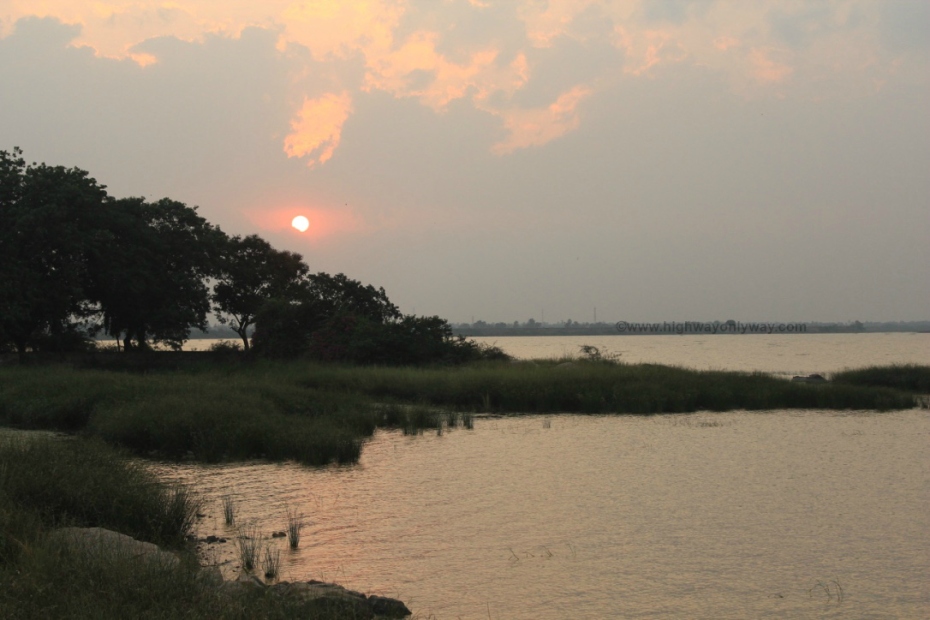 One can walk on the check dam savouring the views of the reservoir. 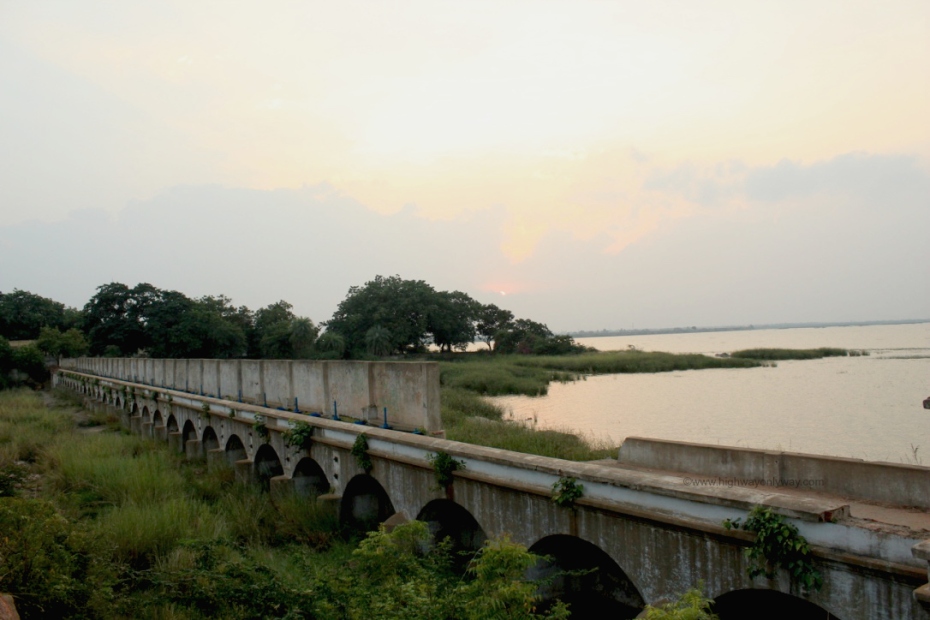 The other side of the check dam has wind weathered rocks that we remember climbing as children. For a moment we wondered where the rocks disappeared and then it struck us that the rocks were still there but we had grown up and so they don’t look big enough to climb !

Further up is a small temple, we don’t even know who the Deity inside the temple is. A decade ago, it was an ancient, ruined temple. Today, it has been renovated with proper boundary walls and whitewashed. 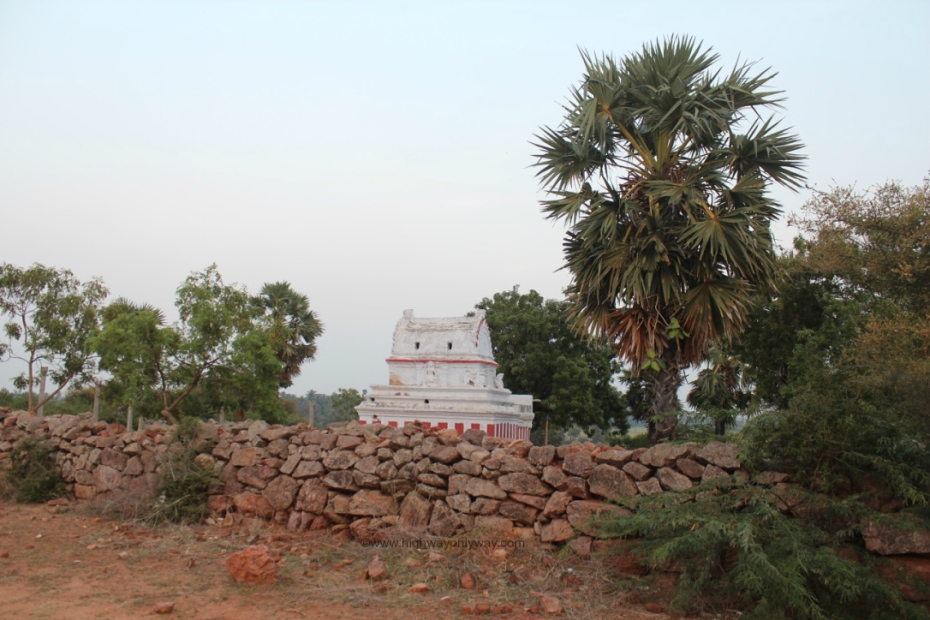 From the temple, you can view the fields below, the channels of the Kanigiri Reservoir feed these paddy fields and thousands of others spread across 4-5 mandals of Nellore district.

There is nothing much to see here as such, except to laze around and enjoy the cool breeze. Monkeys are a kind of menace here but they retire for the day around sunset time, so you have some peace.

We left Kanigiri Reservoir as it was getting dark and wound up with an ice cream from an ice cream parlour enroute home. It was a nice little outing reminiscing our childhood days.

A visit to the beach is almost a given every time we visit home, Nellore has some beautiful beaches not many are known and some don’t have proper access. Most beaches are atleast 20 kms away from the city, not many people visit them except on weekends, so not much has been done to develop and maintain the beaches.

Koduru and Mypadu beaches are the usual hangouts, this time, for a change, we went to Ramatheertham Beach. The Ramalingeswara Swamy temple in the village of Ramatheertham is quite well known but not many people seemed to visit the beach. In fact, till a few years ago, the beach did not even have a proper approach road.

We made quick trip to Ramatheertham, on one of the days. The scheduled time to start was 3 PM but we were too lazy to move and by the time we set off, it was almost 4 PM and the beach was an hour’s drive.

The drive from Nellore to Ramatheertham is picturesque as you pass by paddy fields and coconut groves. The Ramalingeswara Swamy temple announces that you have arrived at Ramatheertham. This ancient temple has been completely renovated and has lost its ancient charm. We skipped a visit to the temple and headed to the beach.

Go past the not-so-inviting entry and you will find a rather clean beach !

The beach is clean mainly because it is not frequented by the public much, otherwise, finding a litter free beach is not so easy in a major part of the country !

The thing about beaches is, even if you decide you only want to sit on the shore and relax, you eventually end up splashing around. It starts with a “let’s just get the feet in water” and then you don’t stop till you are drenched !

Except for us and a 2-3 other people, the beach was deserted. It was weekday, which could be one of the reasons, it felt like a private beach !

As the sun began to set, the sea became a rough signalling that it was time to get going.

Both Kanigiri Reservoir and Ramatheertham beach are technically not “places of interest”  and don’t figure in any travel list but the fun lies in just going, not in the “where?”

If you can’t think of any place for a vacation or there has been some last minute cancellation of a planned vacation, your hometown is always a good option. There are always some places that you haven’t visited before or some that you could revisit. If not anything else, you could save on accommodation and food expenses !

2 thoughts on “When your hometown is your holiday spot !”