Posts Tagged With: Hyderabad to Delhi by train

This year has been the year of travel to Delhi, we made a trip in January, then returned in September for a cousin’s engagement and once again in November for the wedding. A cousin’s wedding in a different city is a perfect excuse for travel. The day the news of the wedding broke, we immediately knew where we had to go – Agra, Amritsar and Delhi !

While taking a flight to Delhi is easy and more sensible, travelling in Rajdhani Express is an event in itself. In January, we took the Rajdhani from Delhi back to Hyderabad but we didn’t seem to have enough. Joined by a friend, who hadn’t taken a train in a decade and vetoing the idea of driving to Delhi, we decided we were going to take the Bangalore Rajdhani Express, a full day journey on the pride of Indian Railways. After months of planning, checking hotels, drawing up itineraries, we were finally on board the train at Secunderabad on a winter morning .

Unlike last time, on this trip, we were travelling in 2nd AC (we were tempted to indulge in 1AC but were wise enough to consider the budget). We are writing about our Rajdhani express again because the route may be the same but each journey is a different experience.

Within a few minutes of boarding, 3 Railway officials came to us and very politely enquired about the facilities, cleanliness and comfort. They were taking feedback from passengers and we were taken aback by the passenger friendly attitude of the officials, we would have given them 5 stars for their attitude alone ! We told them we had just boarded the train but we were always big supporters of the Indian Railways.

They made a very good point, not just the authorities, even people had to participate and co-operate in maintaining cleanliness, something that our fellow citizens are not usually very good at ! Instead of complaining all the time, may be, we should also turn around and remember our duties once in a while.

Done with our feedback and ticket checking, it was time to sit back, put up our feet and watch the world pass by our window. 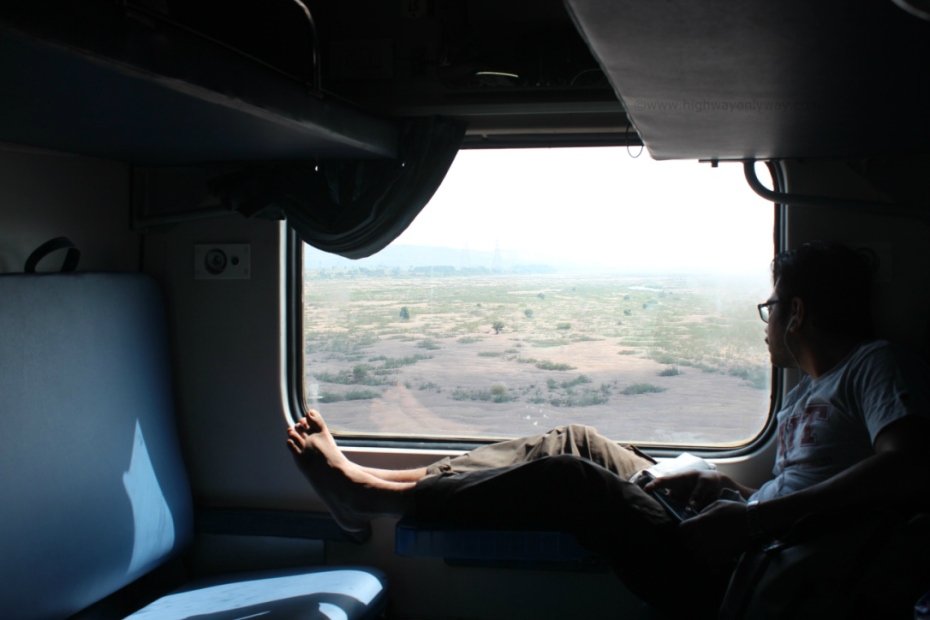 Soon, the food service began with a breakfast of cutlets, toast and tea. We chose the Bangalore Rajdhani because we would get to travel during the day time, having boarded the train at 8 AM, the last time we travelled from Delhi, the train started in the evening and most of the journey was during the night.

The hours passed and we chatted on as the train seemed to be cruising. If you really want to spend some quality time with family and friends, taking a train a long distance train is a good idea, you will have all the time to just sit and talk. When all the topics under the sky including refreshing our school lessons on letters of native languages, were exhausted, we took some time to look out of the window when we spotted this bridge. 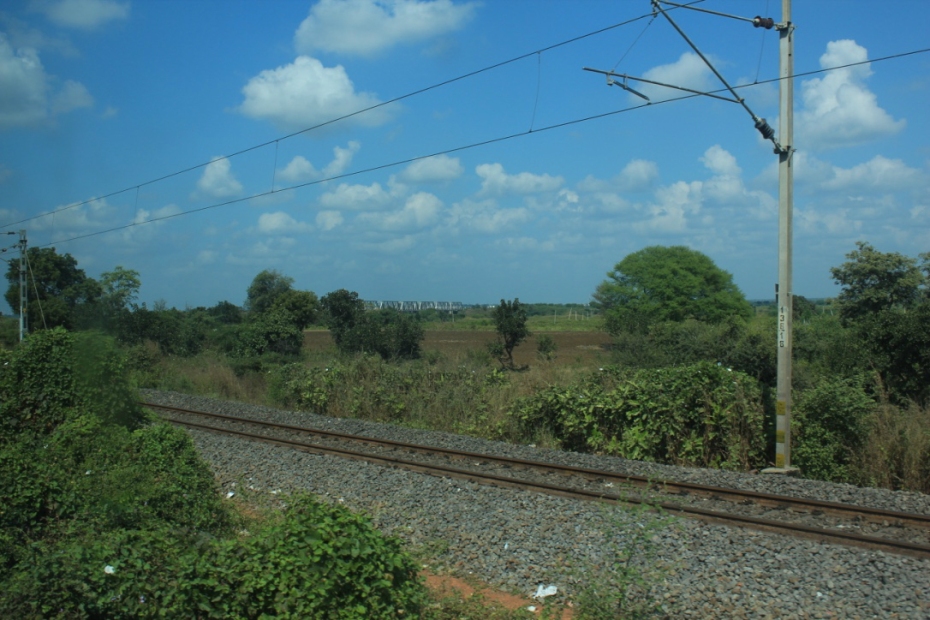 Why this picture is special for the photographer is because the view of the huge bridge over the Godavari from a distance is amazing and we missed clicking a picture last time. We had not known then, that we would be taking the same route within 11 months. As our train crossed the bridge, we spotted a goods train on the parallel bridge, one can never get too old to be excited about watching a train pass through a rail bridge !

Shortly after this, our soup arrived, followed by lunch. No pictures of the food because the menu is standard and a repeat of what we had in our previous journey – roti, dal, paneer, rice, curd, pickle. We however, will show you a picture of our dessert.

That is the ice cream served to us topped with Aamras from Paper Boat, which we carried with us, makes for a delicious way to end your lunch. Small joys never age.

Some of us slept, some watched the villages and the green fields rush past, some plugged their headphones and watched videos, each lost in their own world. Though it was 2nd AC, nobody had taken the seats around us, so it was like the whole coupe was meant for us, 1st AC comfort in 2AC !

It was around tea time, when we reached India’s very important railway junction.

Here is an easy clue ! 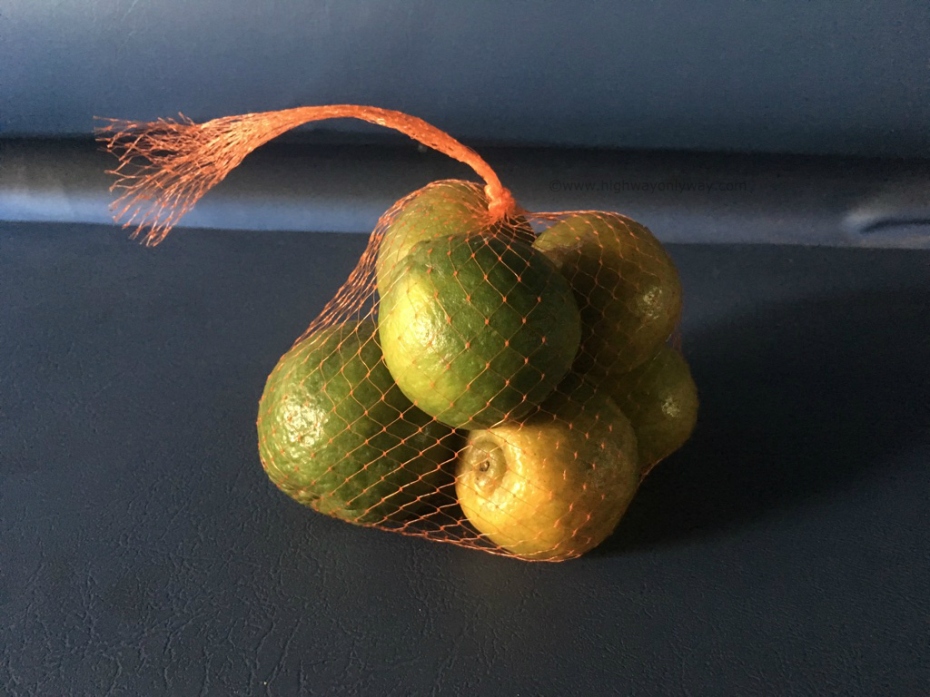 Nagpur ! This writer was quite excited about seeing Nagpur for the first time. Only, the oranges that we bought at the station were not as tasty as the ones Nagpur is famous for. We also tried to catch a glimpse of the Diamond Crossing where the East-West and the North-South railways lines intersect but we couldn’t spot it, may be the train passed over it at the exact moment !

Along with Nagpur, our tea and biscuits arrived and slowly, evening began to set in.

Around sun set time, after we crossed Itarsi, the landscape began to change, the flat plains had turned into mountain regions, we were on the Vindhya range. Without any notice, we suddenly passed through a tunnel ! For a first timer, that was a thrilling feeling. In the previous journey, we missed these tunnels because it was midnight and we were fast asleep. This time, we did not miss the fun, especially, trying to spot the entrance of the next tunnel, this train journey was all about rekindling the child in us. There are 3 tunnels in this stretch which seemed to get over even before they began ! We didn’t manage to click any pictures of the tunnels.

Once it got dark outside, we were back to chatting, did a bit of “working from train” and waited for dinner, which was served at 8 PM sharp. The food on Rajdhani is decent for railway standards, the menu is always the same but then, for foodies, food is always good.

When you are having fun, time is never enough but we had to wake up at 3.30 AM to get down at our destination Agra, which meant we had to turn in early. We woke up in between at Bhopal when someone finally came to occupy the remaining berths in our coupe, one of the countless things our fellow citizens must learn is not to disturb others when they board a train in the middle of the night. People simply switch on all the lights, talking loudly, setting luggage, pushing, no apologises, no concern for those sleeping. We might laugh it off as an Indian thing but no, these are not things we should be proud of.

The alarm went off at 2.30 AM and from then on, we drifted in and out of sleep before it was time to reach Agra. We collected our luggage and stepped out into the North Indian winter. We set foot in the country’s most popular tourist town.

We might take the Rajdhani Express again and at the end of each journey, we are sure, we would say “once more” !